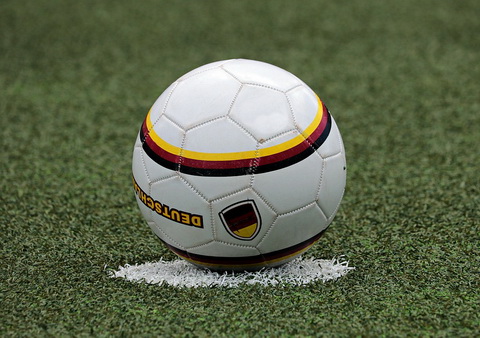 In a previous article, we discussed the rules of futsal. Now is the time to learn football. Football is by far the most recognized sport worldwide. Though among the oldest, many people around the world consider football a unifying sport. Football Rules and regulations (Soccer rules) play a significant role in maintaining the sentimental value embedded in football. So, what are these rules and regulations?

Football has major leagues such as the European cup of nations, the African cup of nations Copa America, and the World Cup – the largest. Basic football rules and regulations are constant in any league, whether big or small.

The 17 Rules of Football Game

Now that you know the basic rules of the football game, you’ll realize that starting a game with your friends isn’t that difficult. If you’re passionate about football and might perhaps one day play in the major leagues, you must know the soccer rules below.

The ball must be made of standard and approved material. The diameter of the ball must be an average of 69cm in diameter with a pressure of between 0.7 – 1.1 atmosphere. Also, the ball should weigh between 410 and 450 grams.

If the ball bursts in the middle of a game, the referee changes it, and the game is restarted.

A football field must be rectangular, measuring 90-120 meters by 45-90 meters. The pitch has to be marked by touchlines indicating different spot positions. The spot boundaries indicated by the touchlines are goal posts, corner arcs, flag posts, center circles, and penalty areas.

A goal score I achieved when the ball crosses the goal line under the crossbar between the goalposts. If the goals scored by both sides are equal, it is considered a draw. The team with the highest number of goals wins.

Rules of soccer: ball in play

The ball is only considered in play when it is on the field. Suppose It moves out of the field; it is considered out of play. In-play is considered if the ball rebounds off the referee or any of his assistants, flag post, goalposts, or the crossbars.

The referee and other officials

Every football match must have a referee. He has the task of maintaining order and ensuring the football rules and regulations are followed. So, he punishes those who don’t adhere to the soccer rules and awards a free kick for a rule infringement.

A football match takes place in two periods, each 45minutes with a 15-minute break. Additional time is to compensate for the time lost caring for injured players. Overtime is only added if the game is a draw.

A player is considered to be offside if the ball is passed forward and the following happens;

Each team must have at least seven members to start a game. The number of players from each side must be 11, including the goalkeeper. A maximum of 3 substitutions is allowed during official matches, while it can be higher in friendlies. An outfield may swap the goalkeeper during stoppage time.

The referee is at liberty of deciding on the appropriate punishment for a foul. A foul is committed if a player does the following;

The defending team receives a goal kick if the ball crosses the goal line without scoring. Any player can take the goal kick from anywhere in the goal area. The ball has to be kicked away from the penalty area. Until the second player touches the ball, the taker may not touch the ball again.

A penalty kick award is granted to the defending player for rule infringement or foul in his penalty area. The taker and the goalkeeper are the only participants in the penalty kick with a distance of 9.15m.

Players must wear a shirt, a pair of shorts, football boots and shin guards. The goalkeeper must wear different colors of jersey to be distinguished from the rest. Since the goalkeeper’s primary role is to catch the ball with his hands, he has to wear a pair of gloves.

A free kick is awarded if there is rule infringement or foul. The free-kick award must go to the opposing team relative to the one who breaks the rule. That can either be direct or indirect. That means that the taker can score himself or his teammate.

The referee awards a throw-in if the ball crosses either two of the longest touchlines. The opposing team is awarded the throw-in if the other team member was the last to touch the ball. The ball has to be thrown into the field from the point it crosses the crossline.

The corner kick is always granted to the attacking team if the opposing team touches the ball. That is before crossing the crossline without scoring a goal. The taker must take the corner kick from the arc at the corner of the field.

Commonly known as linesmen, they are always at least two. The role of the linesmen is to ensure that the ball is in play and monitor fouls. Other roles are to watch for free-kick necessity, offside, and rule-breaking.

How to play football for beginners

If you want an easy time playing as a rookie, ensure you have the basic rules of football game at your fingertips. The steps below will show you how to play football as a beginner.

That involves being comfortable with the ball. That means, how well can you manipulate the ball using your chest, feet, head? Can you control the ball by the sole of your shoes, above the laces, on your forehead, and sideways? It takes practice and time to become a pro.

You need to know about turning because you have to ensure that you’re always in control of the ball in whatever direction you turn. Keep in mind that football is not about running and chasing the ball. You have to learn and master the technique of maneuvering with the ball.

You can strike the ball in many ways. How you hit the ball depends on the ball’s state, your body angle, and position. To achieve the desired outcome, ensure you’re in the proper position and angle with the foot surface choice for striking the ball.

That is giving your teammate the ball. So, you’ll be kicking the ball in different directions at varying speeds. The important thing here is to spot whether your teammate is in a good position and angle.

Essentially, you should be able to keep the ball moving on your feet as you move. That means that you have to be in control of the ball at the same time you’re running.

When in a football match, you want to ensure your reflex is on top of the roof. Also, make sure you have the ball also moving at your speed. That is an essential factor in the game if you want to beat your opponent.

Whenever the ball moves towards you, you want to gauge at what speed and angle it’s moving. Once you’ve determined your move of initiating the first touch, control shouldn’t be a problem.

How to play soccer for beginners? Video

Football might be the largest, most popular sport with a majority of fans worldwide (some history you can find here). But it takes only 17 football rules and regulations to define the capacity of enjoying a game. Nevertheless, football has been around for hundreds of years, and it is going to exist for many more.